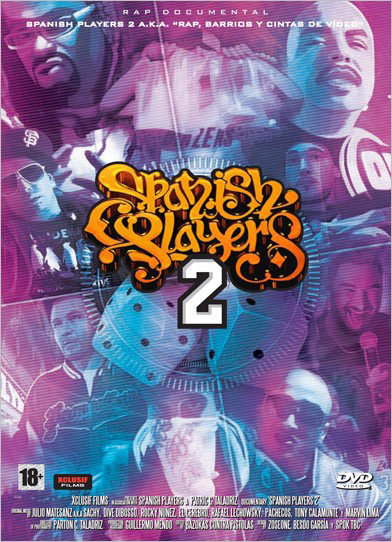 Synopsis: Many stories for a single name: Spanish Players 2. The adventures from the sequel of the documentary about rap music in Spanish that have continuously awaken interests at each frame, returns to the big screen with a single documentary and this time nobody wanted to miss out ... The search of the Rap identity in Spanish, takes the viewer to the golden ages of the early 90s, the booming age of home made mix tapes.

The documentary ‘Spanish Players 2’, also known as ‘Rap, barrios y cintas de vídeo’, tells the story of rap music in Spain and is the follow up of ‘Spanish Players’ (2007). This sequel is divided into four main chapters: “Escribiendo una historia”, “Rapeando en español”, “Piratería internacional” and “Spanish Gangster”. The documentary examines both the controversial aspects related to the music, such as the relationship with drugs and violence.

‘Spanish Players 2’ includes interviews with leading Spanish rap artists, one of them being of the musician Mucho Muchacho, filmed at his home in Ibiza.

The film is directed by Patric Taladriz Casado, who has also made several video clips for Tote King, Black Caesar, Chocolate City, Piezas y Jayder, Markés, Cres, Mentenguerra and Noglobal. Taladriz is the author of another documentary entitled ‘Tengo que volver a casa: The Documentary’ (2009), dedicated to the figure of Spanish rapper Tote King.