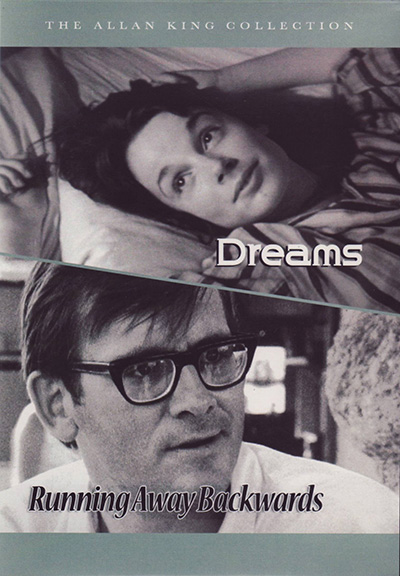 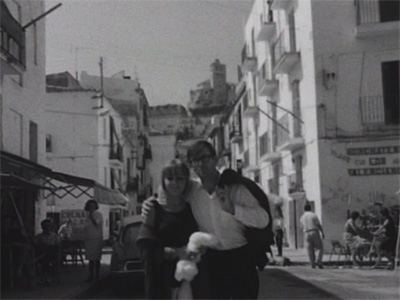 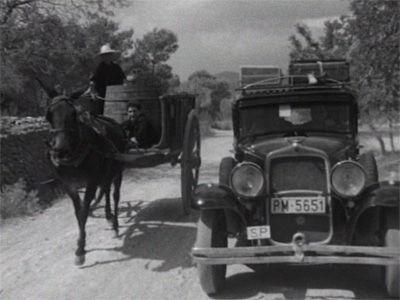 Synopsis: Richard, a frustrated writer and womanizer living in Ibiza, receives a visit from a friend, a fellow writer, and his wife. During the couples stay on the island, Richard will try to break away from the idea they have of the island as a paradise for creation, meeting other expatriate artists who also live in Ibiza.

‘Running Away Backwards’, also known as ‘Coming of Age in Ibiza’, is one of the best works filmed on the island.

Filmed between July and September 1964, the film tackles in a satiric key the existencial void of some foreign artists who hope to find themselves in Ibiza. One of the best scenes of this comedy is one in which the protagonist travels through the streets of Marina and Sa Penya accompanied by Ibizan Joan Ferrer Cardona from Can Marrota. Carpenter and close friend of Richard Goldston (writer of ‘Running Away Backwards’), the character played by Ferrer comments about the alienation of these foreigners with society at that time. The film also has shots of Portinatx beach, Es Figueral and the town of Santa Eulalia, among other locations.

Also involved in the film was American writer Richard Suskind who played the role of the writer friend of the protagonist. Suskind, who was a children’s books writer and also a journalist, later achieved some notoriety when collaborating with Clifford Irving in the fake autobiography of the magnate Howard Hughes, written by Irving and entitled ‘Autobiography of Howard Hughes’ (1971). This outrage was illustrated in Orson Welles documentary ‘F for Fake’ (1973).

‘Running Away Backwards’ was directed by Canadian Allan King, who lived on the island in the early sixties and is considered one of the best documentary filmmaker in history. His next project after ‘Running Away Backwards’ was ‘Warrendale’ (1967), a tough vision of life in a reformatory institution in Toronto. The project won the Arthouse Award at the Cannes Film Festival in 1967.