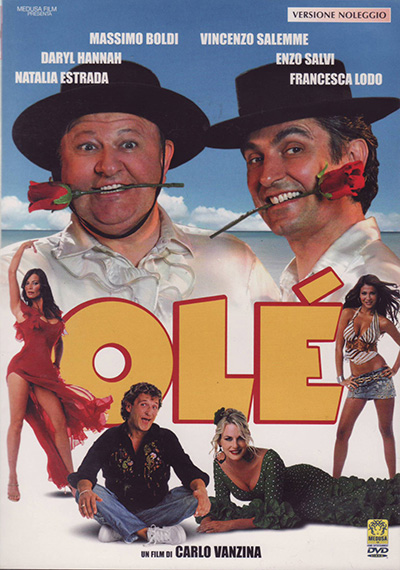 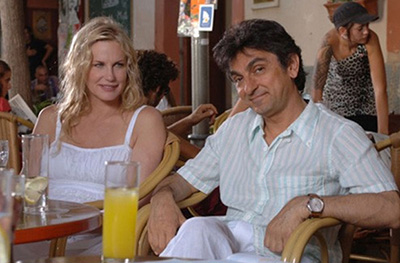 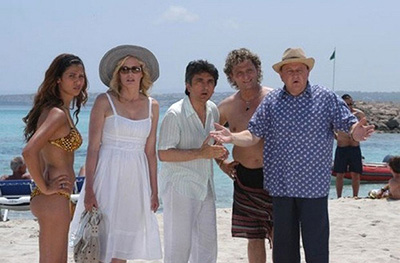 Synopsis: Archimede Formigoni and Salvatore Rondinella are two professors with opposite personalities that accompany a group of Italian schoolboys on a end of course trip around Spain. During a guided tour, the group of students meet another group of young students from an American school. Among both groups love is sprung, not only among the youngsters but also among teachers of each nationality. During the trip, they will find the father of a student who is on holiday in Ibiza with his girlfriend.

‘Olé’, was shot in different locations in the Spanish geography, including scenes in Ibiza and Formentera. In several sequences are filmed in the Pitiusa Mayor, showcasing the Marina district, Plaça des Parc, Dalt Vila and the leisure port Ibiza Nueva.

The soundtrack of the film, composed by the renowned musician Andrea Guerra, shares several songs sung in Spanish, performed by the Gipsy Kings, Julieta Venegas, Olé Olé and Juanes.

Italian Rita Rabassini is the art director of the film. Rabassini, who was married to actor Diego Abatantuono and is the current partner of filmmaker Gabriele Salvatores, was responsible for the art direction of the feature film of Salvatores ‘Amnesia’ (2002), starring Abatantuono and shot in Ibiza. He also served the same function in the previous work of Carlo Vanzina, ‘Eccezzziunale … veramente – Capitolo secondo … me’ where Abatantuono played the three main characters.