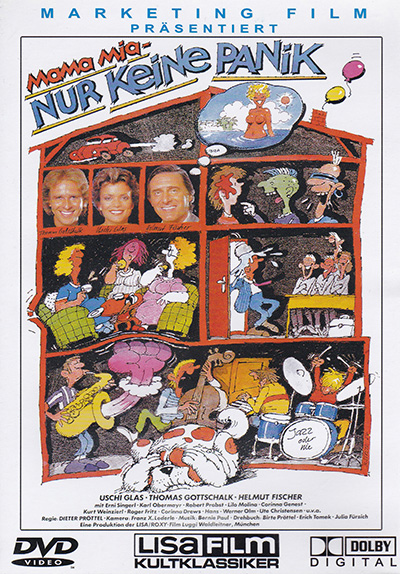 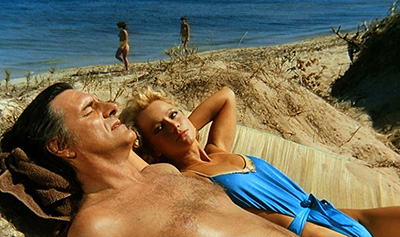 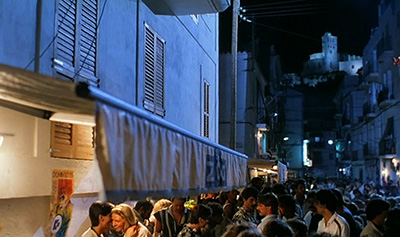 Synopsis: Conny Leitner is tired of the extramarital affairs of her husband Bert, a writer of detective novels and womanizer. Conny Bert has determined to end this situation and decides to leave, taking her two teenage kids to her mother's in a Bavarian village. There she meets Paul, one of the kids teachers, who she mistakens for a carpenter. Conny starts to fall for Paul. Meanwhile, Bert has moved to Ibiza and gradually gets tired of his life on the island and starts to miss Conny.

Film shot in 1984 in different German towns and Ibiza. In some of the Ibizan scenes in ‘Mama Mia – Nur keine Panik’ we can see the beach of Es Cavallet, the neighborhoods of the Marina and Sa Penya in Vila, a hotel in ses Figueretes and the the now non existent nightclub Angel’s, which had a slide to access the dance floor.