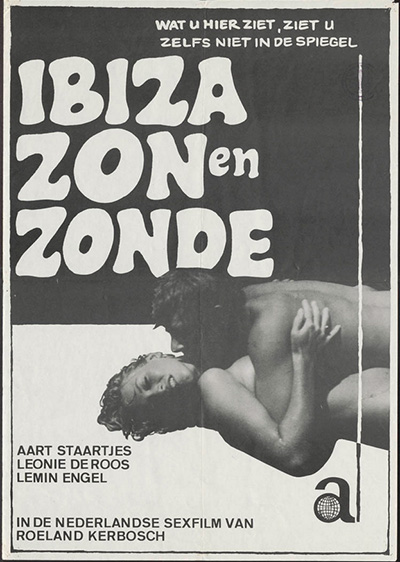 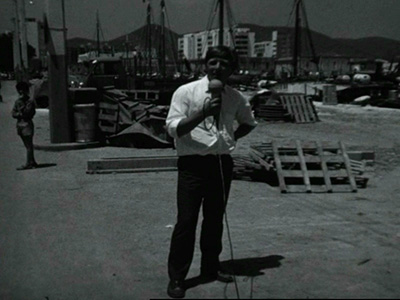 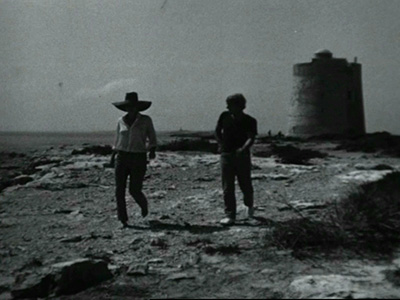 Synopsis: Armand Laqueue, a Dutch television reporter, travels to Ibiza to cover a story. On the island, Armand finds a woman with whom he had a relationship in the past. Now they find themselves in a drug trafficking plot, in which an official of the Spanish government is also involved.

Since the early sixties, Kerbosch had regularly visited Ibiza. The beauty of its landscapes together with the paradisiacal and tolerant image that it had abroad, were the main reasons that led the Dutch director to set his first feature film on the island.

The protagonist of the film, Aart Staartjes, appears naked in some scenes of ‘Ibiza, zon en Zonde’, which generated some controversy at the premiere in the Netherlands in 1969, since the actor had previously hosted a religious TV show for children.

With the exception of Staartjes, the rest of the cast was composed of non-professional actors. Including Vicente Ribas and Smilja Mikhailovitch, two known promoters of the Ibizan cultural world. Actors Erwin Broner and Hans Laabs, part of the artistic group Grupo Ibiza 59, had a brief appearance in the film during a scene in the gallery Ivan Spence in Dalt Vila.

‘Ibiza, zon en Zonde’ has reached the status of a cult film in the Netherlands and is released on DVD by Filmmuseum, within the Nederlandse Filmklassiekers series.