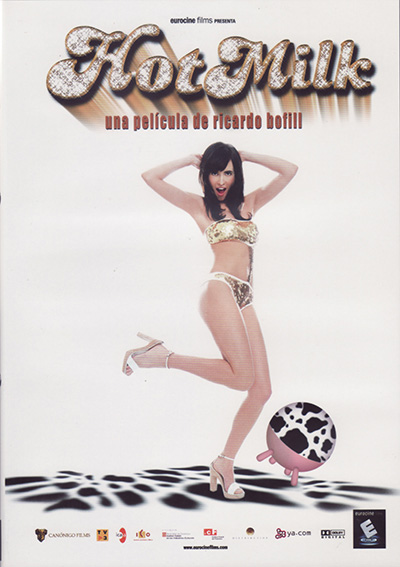 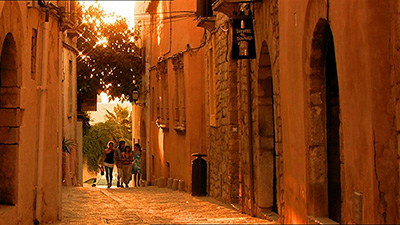 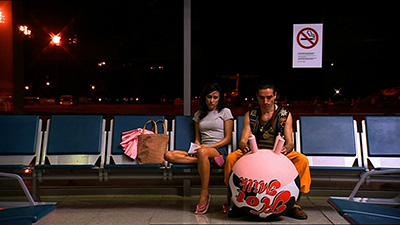 Synopsis: Beautiful Esther works at a dairy up in the mountains. She loves to dance. And the story begins. The company she works for is attending a dairy convention this weekend together with a group of dancers-coworkers who advertised the milk brand: Hot Milk! Esther is so nervous that she is unable to milk the cows and her boss, Mr. "bad-guy" Lahuerta, punishes her and the girls leave without her! Fortunately they forget the "COW GLOBE" a promotional ball of Hot Milk ... Esther offers herself to take it but Mr. Lahuerta doesn't allow this at first, but after insisting she finally succeeds. Her journey begins. At the airport she meets Panorámix, a "magic man", trafficker, who earns money bringing drugged partiers to the clubs on the islands. He has a free seat and deceives Esther to join the group. The partiers take Esther to Ibiza! There Esther meets a group of "modern monsters", pseudo-posh junkies: Grace, fools her on the get go, Washaba, "evil", fascinating and mysterious, Alex, crazy about parties, drugs and sex; the Rat and Álvaro, two madmen who are more often with their heads in the clouds than on earth, Lula, a friendly crazy girl, Transformator, drugs transform him every five minutes, Tanit, a false preacher of the new, but outdated, hippie dream and Lucas, a good guy. All try to trick her into satisfying their own personal desires. Will Esther manage to choose on which side of life she stays?

According to its director, Ricardo Bofill, ‘Hot Milk’ ‘is a trip down a “modern story“. I wanted to explore the world of chaos and frolic through the pure and virginal innocence of a beautiful village girl, Esther, transformed into a “Star” in a crazy weekend.”(…)” It’s a film full of journeys; I’ve always wanted to experiment with trips and desires (I call them “inner worlds”). They open a parenthesis in a linear story that does not want to break the classic narrative structure of the story, maintaining the innocence of this genre . “(…)” most was shot in Barcelona in midwinter although the film takes place during the summer in Ibiza. It was a great challenge “(…)” I was looking for a natural flow of things. I asked (the cast) to improvise as much as possible. The script was not important “(…)” This “guerrilla” and “alternative” film is greatly enriched in post-production: the edit, color-correction and music transform a dream into a finished audiovisual work. And to finally see it in 35 mm and with Dolby sound is very rewarding. ”

The Ibizan shots ‘Hot Milk’ were filmed in August 2003. Some of the images were filmed in the neighbourhood of the Marina, Dalt Vila, the hippie market Las Dalias, the airport and several nightclubs. The film also includes shots in Cala d’Hort, in several luxury villas and several places along the coast lines.