Curse of the Pink Panther 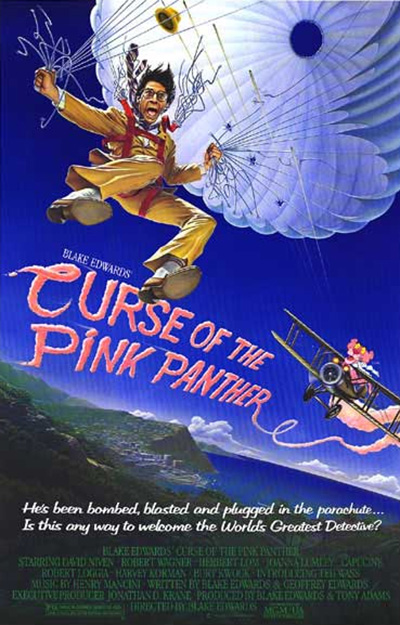 Curse of the Pink Panther cartel

Synopsis: Inspector Clouseau is still missing, and the President of the French Republic orders the detective's archival and madman Dreyfus to find him. Naturally, Dreyfus has no intention on finding him and cunningly hires the worst New York detective police body, Clifton Sleigh, to ensure that Clouseau will be forever missed. But Dreyfus will soon realize that his foolproof plan to get rid of his mortal enemy will probably not be as infallible as he thought.

‘Curse of the Pink Panther’ was distributed in Spain as ‘La maldición de la Pantera Rosa’ being the continuation of “Trail of the Pink Panther” (1982) a film with archival footage of previous titles of the series starring Peter Sellers, who died in 1980.