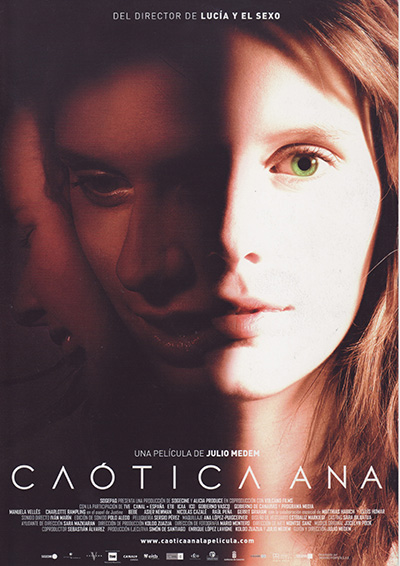 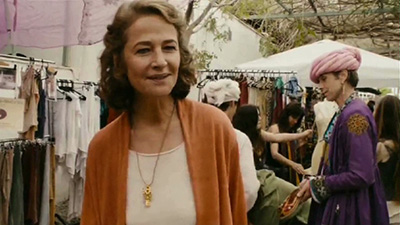 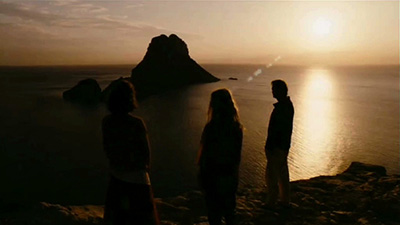 Synopsis: Ana is a free spirit with a life's passion in painting. Justine, a cosmopolitan patron, invites her to complete her training in Madrid with a group of artists who she protects. It will be the beginning of a journey, that will lead her to discover new continents, past lives and ancient myths. Ana will try to break up the ancestral violence that looms in her paintings, and at the end of the adventure she will choose if she becomes the monster or the princess.

After filming ‘Lucía y el sexo’ (2001) in Formentera, and the controversial documentary on terrorism, ‘La pelota vasca, la piel contra la piedra’ (2003), the prestigious director Julio Medem returned to the Pitiuses to film fragments of ‘Caótica Ana’, a film as the Basque filmmaker describes as “a story that turns over tragedy, driven by optimism and the protagonists need to be happy”.

The script of ‘Caótica Ana’ began as a comedy. However, a series of tragic events (the death of her sister Ana and violent reception of his documentary, among other events), drive the initial tone of the script to a darker and more dramatic plot.

Art is very present in ‘Caótica Ana’. Some of the paintings that appear related to the main character, performed by Manuela Velles (in his film debut), were painted by the late director’s sister, Ana Medem.

The seventh film by Julio Medem had a budget of 5 million euros and was one of the first European productions filmed in HD with the Sony HDCAM 950 camera used in ‘Star Wars: Episode III – Revenge of the Sith’ (2005).