An Evening with Gary Lineker 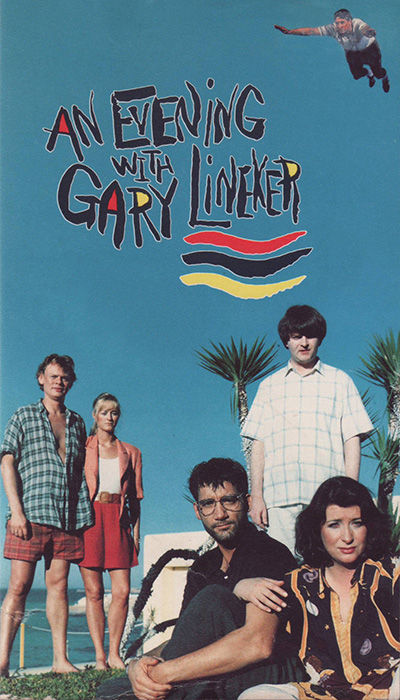 An evening with gary lineker cartel 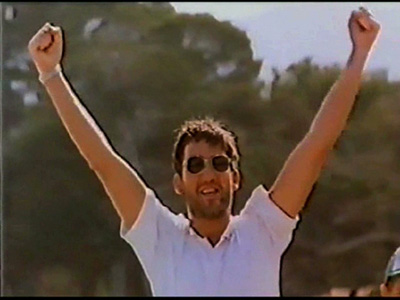 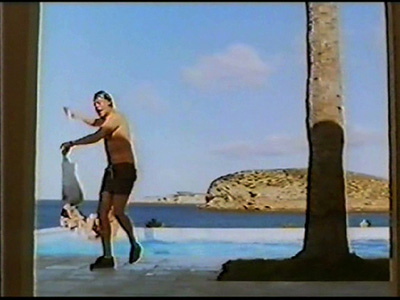 Synopsis: The marriage of Bill and Monica decide to spend their holidays in Ibiza in an intent to save their relationship. But Bill is obsessed with soccer and Monica feels abandoned. During their holidays, the semifinal of the World Cup between England and Germany is celebrated, which further complicates Monica's attempts to save their marriage.

‘An Evening with Gary Lineker’ was a successful play premiered in 1991. It was nominated with the prestigious Laurence Olivier Award in the category of best comedy. It was written by Arthur Smith and Chris England, who also made the film adaptation.

Although the play is set in Mallorca, the action of the film takes place in Ibiza. According to a report published by the local press, filming was initially planned to take place in the Canary Islands, but the forecast for bad weather and also the difficulties to transport around the forty crew members made them finally decide to choose Ibiza as the location for the filming of the movie.

An Evening with Gary Lineker’ began filming in early February 1994. Some scenes were recorded in the airport, Dalt Vila, Cala Bassa and Cala Compte, where a luxurious house became the hotel that appears in the film. The Ibizan politician Marià Torres briefly made an appearance in a sequence.

The film stars British actor Clive Owen, one of his first starring roles. Later, Owen would get the Golden Globe for his role in ‘Closer’ (2004), the Mike Nichols feature film, starred by Julia Roberts, Natalie Portman and Jude Law.

Although the famous soccer player Gary Lineker appears briefly towards the end of the film, his speech was not filmed on the island since he had a knee injury that prevented the striker to travel to Ibiza to shoot that scene.