We have previously discussed the power of cinema in raising awareness and shaping thoughts and behaviour, depending, of course, on the viewer.

For young people, the influence of cinematic themes has legitimised behaviours and perceptions of reality that would have previously provoked rejection and disagreement amongst the majority of people.  In the current state of education and values, cinema plays a leading role in the education of young people and although this isn’t completely positive, it’s an undeniable force of inspiration and enrichment.

Since its beginning, cinema has acted as a mirror in which we see ourselves, an introspective tool that allows us to compare and decide upon our role models and even some behavioural guidelines.  Even though we’re not conscious of it, films move us, bring up feelings, whether good or bad, make us think and want to investigate further what has provoked these thoughts and feelings.

We can give you two great examples of this: in 1984 “Amadeus” came out, a masterpiece which introduced the figure of Mozart to a large audience and completely changed the cultural perception of this musical genius.  Alongside this, the sales of his work grew exponentially, with more young people getting to know it despite having been around for centuries. 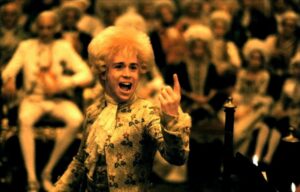 This recently happened with “Bohemian Rhapsody.” which premiered in 2018, making all of us want to know more about the famous band “Queen” and more specifically, about Freddie Mercury. As in the previous case, their song sales skyrocketed in all formats to become the most listened to artist on the famous Spotify platform (mainly used by young people).

Another legendary film that really entered into young people’s consciousness was “Dead Poets Society” in 1989. It was wrongly thought that because of its depth, it would not reach younger people, but the complete opposite happened, the “Carpe Diem” mantra, enjoying the present, caused a real change in teaching and the standards that young people longed to change, using the film as a model.

On the other hand, films have not only influenced the perception of reality of young people, the education system and artists but they have changed (and continue to change) people’s consumer habits and the context in which they use products.

A clear example is young people’s use of the famous bomber jacket that James Dean wore in “Rebel Without a Cause” (1955), turning it into a symbol of youthful rebellion.

Cinema has been and is the most powerful informal means of communication that we have; it’s part of our reality.  In many cases it has been shown that its influence seems to correlate with weakness in the family, school, Church and neighbourhood. As they fill in where the closest institutions to young people fail, films assume a greater importance as a source of ideas and guidelines for life.

Over four million people visited Spanish cinemas to see films such as “A Clockwork Orange”, “Basic Instinct” or “American Beauty”, so we can say that they have had an impact on a large part of the population. From a sociological perspective, these films remain stuck in the viewer’s mind, as the representation of reality is usually vivid and strong, filled with such dramatic emotion that it ends up mirroring a real life experience, through comparison and suggestiveness,  if it fits with the person and even more so if they are still developing, as is the case with young people.

In addition to all of this, cinema today legitimises behaviours that were once “frowned upon” or avoided. Nowadays, this is partly due to the production of works with certain themes, which normalise such behaviour.  Topics such as homosexuality, dating, family breakdown or euthanasia, among many others, are widely shown in TV series, films, and advertising, which leads to acceptance and the creation of a criteria that was never considered before.

It is clear to us that when we start watching a film, the spectator unconsciously searches for the character with which they will identify: they want to see things from their point of view, live the film through one of the characters, which leads to a process of empathy well known in the film industry as “image or personality transfer”. This process is achieved when the spectator takes the character’s place, assumes their ideals and empathizes with their emotions.

We could say that this is a bit of “the magic of cinema”. We are not really aware of the great power that watching a particular film can have over us at a given time, they can even influence our important decisions because we see a film as a ‘sign’.  It goes without saying what this can provoke in the mind of someone growing up, full of insecurities, who constantly draws conclusions and often ponders the world around them.

A fantastic way in which young people are the protagonists of the very thing that inspires them is the initiative that emerged on our island a few years ago, “Shorts and Changing Roles”. 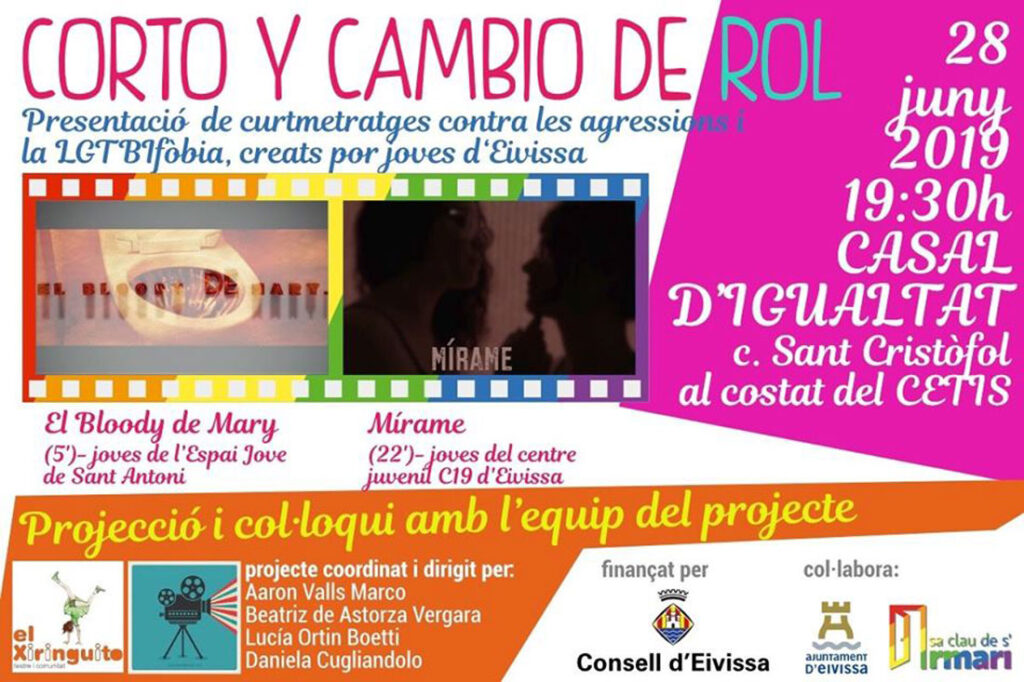 The Department of Social Welfare, Health and Equality of the Eivissa Council, in collaboration with the five municipalities on the island created this important project in 2016 so that young people between 14 and 18 years old can make short films that reflect their concerns and life experiences, creating stories that express conflicts, contradictions and violence caused by issues of gender or sex. They directly talk about gender roles, stereotypes in the media, sexuality, relationships and identity with total freedom as the authors of the stories they want to tell. 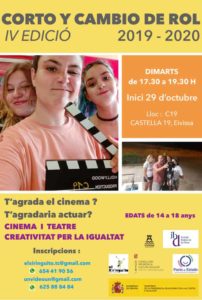 Each year begins with a 6-month long workshop in which they go through all the steps to make a short film, where equality is the most important thing.

This is undoubtedly an initiative which should be extended to other places since it is undeniable that there is a direct link between cinema and the formation of young people’s consciousness, who will soon have the fate of the world in their hands.